In today’s world, many of us are working very hard to achieve something in our life. To do so, we need a strong team around us, like a coach for an athlete, a teammate in corporate life, or a business partner.

With a strong team and coordinated teamwork, we can achieve anything in our life.

We may feel we can do anything without any support, but that is not true. We need to work with somebody as a team to accomplish the task.

Here are three inspiring short stories about teamwork that can illustrate the importance of teamwork. 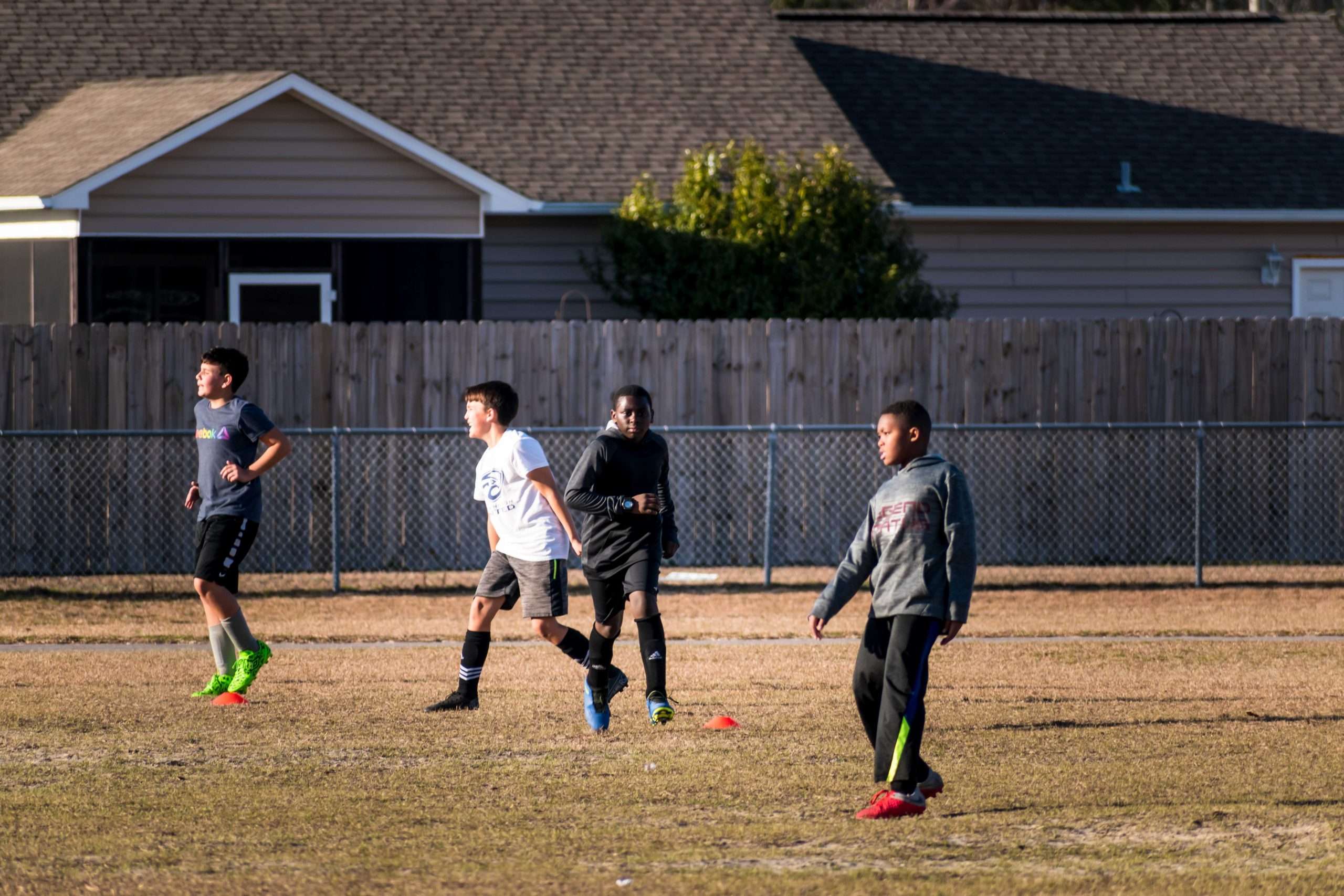 
It was a bright sunny morning, and the football ground was shining with yellow rays from the sun.

Seeing this, a group of boys nearby decided to play a football match. Each one of them decided to bring some items for playing.

One boy decided to bring a football, another boy, the corner flag. Similarly, all the other football kits like goalkeeper gloves, marking chalk, goalposts, etc.,

After some time, everyone gathered on the ground and started picking the teams. Soon there was an argument about who will select the team members.

Then they decided that the person who had bought the most valuable object to play the game should pick the team.

As time passed by, they couldn’t decide one.

Then they decided to start playing the game with all the objects they bought. And one by one they will get rid and see at last which is more important to play the game.

The game started, the first thing they got rid of was the whistle because they thought the referee could shout instead of whistling.

Then the goalkeeper removed his gloves and started playing with bare hands.

Then they replaced the goalpost with a couple of bins on each side.

And finally, they replaced football with old tin.

While the boys were playing the game, a father and son saw them playing.

The father said to his son, “Son, see the boys, and learn from them. Without football, they were managing to play, even though they will never going to improve the game by playing with those objects”.

One of the boys nearby heard him and told his friends.

Then they realized that because of their ego and individual pride, they were not enjoying the game.

Also, they were not playing a proper football match even though they had all the necessary kits.

The boys then decided to park their ego and selfishness aside and start playing with proper football kits.

The match started, the boys were enjoying the game, and in addition, improving their skills.

Moral of the Story:

In life, everyone has a personal goal that we want to achieve. But when we work as a team, the team’s goal is more important than the individual goal.

In teamwork, it’s crucial to set aside our pride and ego. Instead, we should work towards the team’s goal.

In this way, we will also achieve our individual goals like improving our game, getting a promotion in the office, learning a new process, etc. A boy and a girl were playing together in the garden.

The boy told the girl that he was having a collection of marbles. The girl told him she had homemade sweets.

Then the boy told the girl that he could give her the marbles in exchange for the sweets.

The girl went and packed all the sweets she had in a box and came.

But the boy kept some of the beautiful and big marbles in his home. And he bought the remaining marbles for her.

Then both exchanged and went to their home.

That night the girl slept peacefully without any thinking. But the boy couldn’t sleep. He kept on thinking about the exchange he had with the girl.

He thought the girl might have hidden some sweets like he had hidden some marbles from her.

And the whole night, he couldn’t sleep.

We have to give 100% to our relationships like office colleagues, friends, and life partners.

If we don’t give that, we will always doubt whether the other person has given his 100% to us.

Be true to the association and have peace of mind. Once a manager had a team of around 40 people. Most of them were bright, enthusiastic, and hardworking young people.

He had a problem. Individually everyone on the team is excelling. But as a team, they are not good, which is crucial for the organization.

He then decided to solve this issue by planning a team outing.

Everyone came to the team outing.

He invited everyone to a hall for a game consisting of 3 rounds.

For the first round, he told everyone to blow a balloon kept on the table and then write their name on it without bursting it.

All the team members blew the balloon and wrote their names on it.

Then he told everyone to wait outside for the next round.

After some time, he called them back to the room. Now there were more balloons scattered around without names in them.

He told them, you have 15 minutes to find the balloon with their name written on it. The first three persons to find their balloons will be winners.

If someone bursts, they will be disqualified.

For the next round, he told them, if any team member finds a balloon with a name on it, he has to give the balloon to the person whose name was on it.

Everyone started searching, and within a couple of minutes, everyone had their balloon with their name on it.

The manager went to the dais and said, “You see, in the 2nd round, no one was able to find their balloons as we were working on individual targets.

But in the final round, within a couple of minutes, everyone had their balloon with them.

That’s the power of teamwork and sharing”.

Most of the time, people hide information, avoid collaboration, and distance themselves from their team members.

This kind of mindset forms obstacles for team growth. And in the long run, it also affects the individual.

So, everyone in the team should share and care with team members for team success.

We must have realized why it is critical to contribute more to team success rather than focusing on individual gain.

We should leave our ego and communicate, share and work collectively for greater ambition for the team.

Do not expect others to start. We should lead the way, then others will follow us.

3 Inspiring Short Stories about Management to Teach You Powerful Lessons